Here is the Target weekly clearance update. All of these deals were found at the Issaquah, Washington Target. Keep in mind that clearance deals can vary by location, so you may not find the exact same deals at your store. This does give you a good idea of the types of deals you can find though. 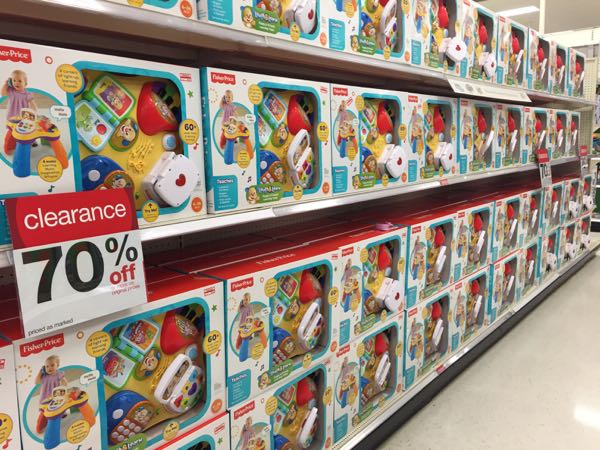 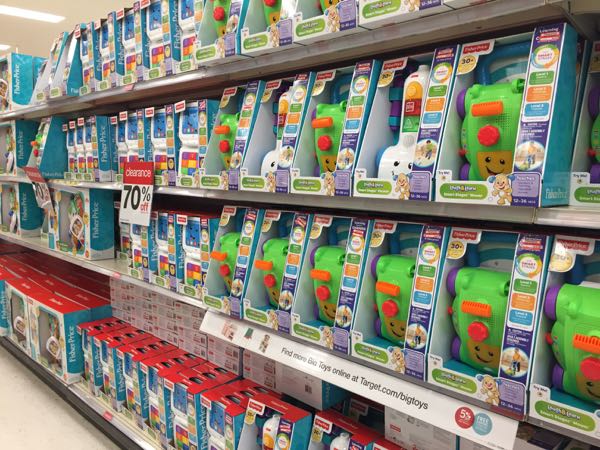 Holy cow! Can you believe all the 70% off Fisher-Price toys that I found? I have heard from several people that there was a shipping problem so Target received some of the Christmas toys late, this may explain the abundance of clearance.

Besides the walls of Fisher-Price toys I found a few items left over from last week’s big 70% off clearance markdown. It is still a good idea to check out the toys because some may have been returned.

I noticed that all of the TOMS for Target merchandise had been marked down to 70% off. I found mugs, shoes and some clothing. 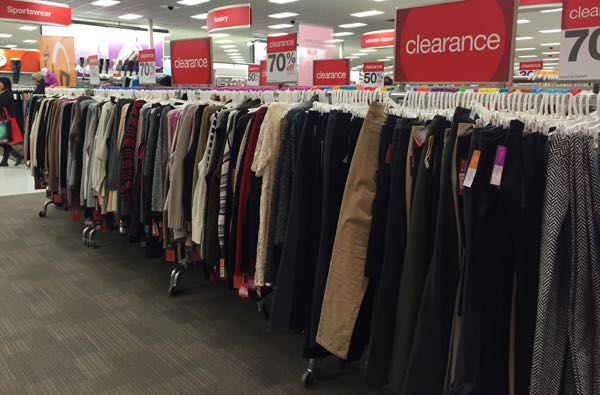 I found tons of women’s clothing at 70% off. There is a Cartwheel offer for an extra 20% off women’s clearance clothing that is good through 1/24.

There are also quite a few shoes at 70% off right now and today only (1/23) you can score an extra 40% off shoes with the Cartwheel offer.

I found these knife and tool kit combos at 70% off. I totally picked up that Gerber knife for $6.28. What a steal! I love cheap guy gifts!

There are some nice clearance deals in the sporting/camping department and these tents were 50% off. I would expect these to get to 70% off in the next week or two. All of the tents we have purchased have come from Target at 70% off. It’s a great way to save on camping equipment. 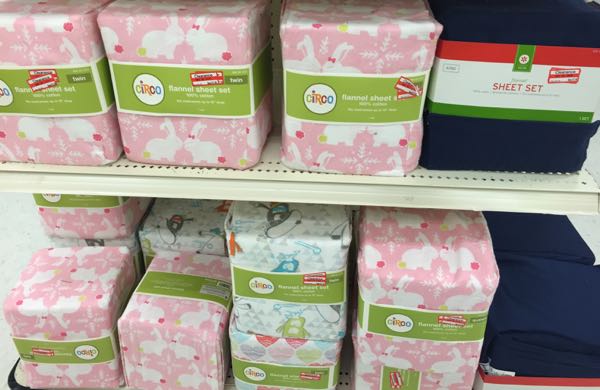 For some strange reasons these flannel sheet set always seem to take forever to get to 70% off. They are currently 50% off at my store. 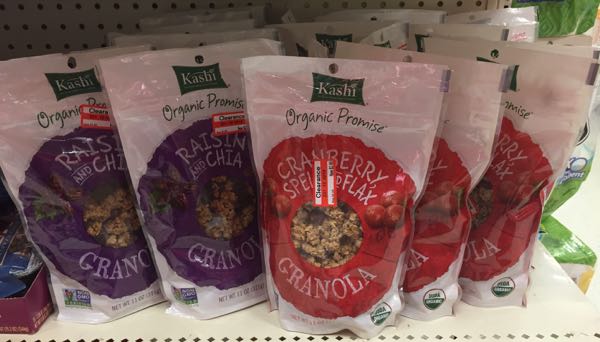 There was a nice selection of organic and natural food at 50% off. 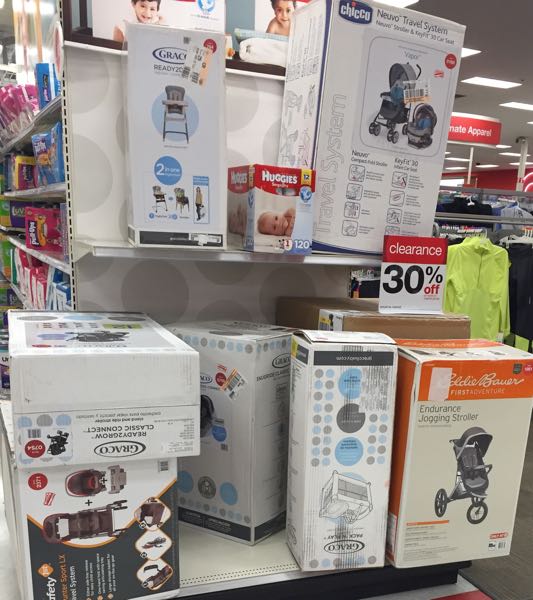 The baby clearance most mostly only 30% off at this store, which seems to be lacking behind other stores. I have seen 50% and even 70% off at other stores (and also heard from other readers too). Don’t forget, Monday is the markdown day on these items, so that would be your best time to get a good deal.

There were new markdowns in the art and wall decor section, these and others are currently 30% off.